Sorrow and Bliss by Meg Mason

This book is stunning! It follows Martha, who has suffered with bouts of mental illness throughout her life ever since she was a teenager. She struggles to see how she fits anywhere and often feels like her life is coasting without much input from her. She’s married to Patrick and finds herself living in an executive home that she hates. This novel is very funny – at times laugh out loud funny and at other time painfully funny but it’s also so sensitive in its depiction of depression and mental illness. I loved the pop culture references – the bit about Prince William genuinely made me laugh and I knew then that this was going to be a me book. Martha’s illness is never mentioned by name, which I thought was very clever as it allows readers to identify with what she’s going through without the focus being on what is actually wrong. Martha messes up in this novel, she gets things wrong and people get hurt – herself included but she always remains likeable and someone that you recognise traits of in either yourself or people you know. This is a brilliant novel and I already wish I could go back and read it all again for the first time. I highly recommend it.

This book was so gripping, I felt like it consumed me for the period of time I was reading it! It’s the story of Zoe Nolan who went missing after a night out and now we follow her friends and family in the immediate aftermath and much later on. The uniqueness of this novel is that it’s framed as true crime with the author becoming a character in the novel through his correspondence with struggling writer Evelyn who is researching the case and writing a book about the disappearance. Knox pushes himself into Evelyn’s life and offers advice, even when not wanted, as to how she can improve her book. We then get to read Evelyn’s book and the changes and additions that Knox has made. It feels like a case within a case and there is so much to puzzle over and so much to be intrigued by. I was hooked from the very start of this book and even when I wasn’t reading it I was thinking about it and wondering what had happened to Zoe. I didn’t work out any aspect of whodunnit or why and I love that I had no idea. I definitely recommend this one!

The Lucky Eight by Sheila Bugler

This was an interesting thriller. Five years ago there was a plane crash where only eight people survived. Those eight have got together on the anniversary and one of them is murdered! We follow various characters and here about their lives before the crash and after and see how it affected them. They all seem to have secrets and things they want to keep hidden so suspicion falls on quite a few people. Later another survivor is murdered and the stakes get even higher! I was suspicious of all the people in this novel and while I thought I had it all worked out there would be another clue and I would be back to the drawing board, which I really liked. I enjoyed reading this one but it’s not a book that will stay with me, it’s a fun holiday read and I would recommend it for that.

The Night She Disappeared by Lisa Jewell

This book was so good! It follows teenage mum Tallulah in 2017 as she goes on a night out with her boyfriend, and follows Tallulah’s mum Kim in 2018 in the aftermath of Tallulah’s disappearance. I love that this novel goes back and forth in time so we get to know Tallulah and what her life was like before she disappeared and we learn that not everything was as it seemed. We also get Sophie’s perspective in the present as she gets involved with the case and wants to help find out what happened to this girl. I found this book so hard to put down, I ended up reading it in just two sittings as I had to know! There are twists and turns throughout the novel and so many things I didn’t see coming, and even when I spotted what was going to happen next the rug was still pulled from under me as there was so much more than I had worked out. I loved this novel, I think it might even be my favourite Lisa Jewell novel so I highly recommend it! 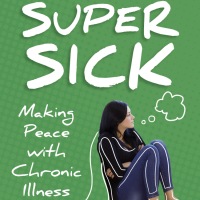