As I said in my mini reviews blog post yesterday I’m on a mission to catch up with reviewing all of the ARCS I’ve read over the summer so here are four more!

Do Not Disturb by Claire Douglas

I’ve read a couple of Claire Douglas books this year and I really do love her writing. Do Not Disturb follows a family who have bought a run down guest house in Wales and decide to do it up and re-open. The locals aren’t happy and there is a sense that something bad happened in the house years before. The tension is there from the very start of this novel as the opening scene is shocking and then we go back a few weeks to find out what led up to it. In amongst all the stress of renovating Kirsty’s estranged cousin turns up with her daughter and it’s clear from the off that something has happened and that once they were close but not anymore. Whilst this isn’t my favourite novel by the author, it was still such an engrossing and fast-paced read that I just didn’t want to put down! 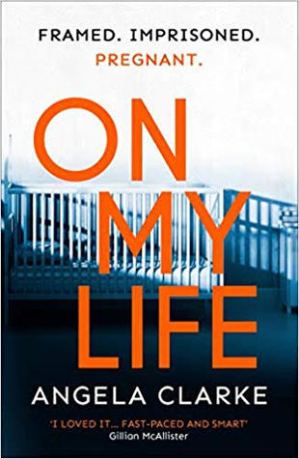 On My Life by Angela Clarke

This book was so intense and such a brilliant read! Jenna has a perfect life with her fiance but then one day she finds his teenage daughter murdered in their home and her life begins to unravel. The evidence is pointing at Jenna and she can’t explain her way out of it. The scenes when she is being taken for questioning and her seeing her jail cell for the first time were so visceral, I felt like I was right there with her. The writing really does bring you into the prison along with Jenna and it’s intense. This is such a good book though as we see how Jenna copes, alongside her fight to clear her name. I definitely recommend this book, it’s so good! 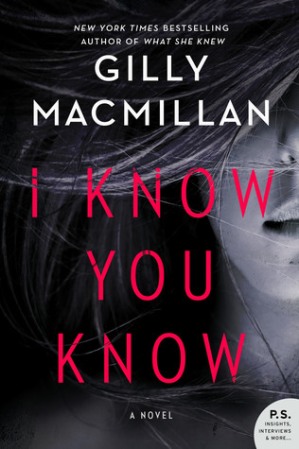 I Know You Know by Gilly Macmillan

I Know You Know follows Cody Swift who is making a podcast looking to find out the truth behind the murders of his two best friends when they were ten years old. A man was convicted of the crime but he has died in prison and Cody is not convinced the police had the right man. We get to read the podcast transcripts but also we follow the parents of the two boys who were killed. I’ll be honest and say that I struggled a little with this book as I was reading it so I bought the audio book to listen while I was reading and that made it a much better experience for me. It’s an emotional book at times and it has its twists and turns. I do love Gilly Macmillan’s writing and I’m looking forward to reading whatever she publishes next.

The premise of this novel intrigued me right away – the idea of there being a murder and then following the daughter who’s accused, her father and then her mother sounded so good. I did enjoy this book but all the way through I felt like I was being kept at a distance and couldn’t quite connect to it as much as I wanted to. That said, it is an engrossing story that makes you want to keep turning the pages to find out what happened.

5 thoughts on “Thriller Mini Reviews: Do Not Disturb, On My Life, I Know You Know, and A Nearly Normal Family!”