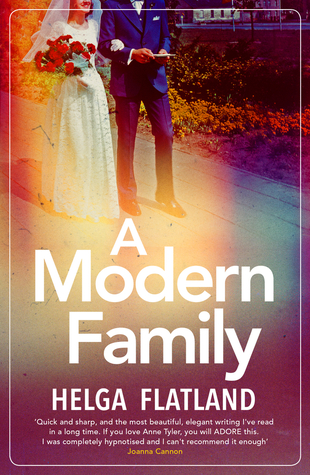 When Liv, Ellen and Håkon, along with their partners and children, arrive in Rome to celebrate their father’s seventieth birthday, a quiet earthquake occurs: their parents have decided to divorce.

Shocked and disbelieving, the siblings try to come to terms with their parents’ decision as it echoes through the homes they have built for themselves, and forces them to reconstruct the shared narrative of their childhood and family history.

A Modern Family follows three siblings – Liv, Ellen and Hakon, their partners, and children as they travel to Rome to celebrate their father’s 70th birthday. During the celebrations they find out that their parents have decided to divorce and this sends shockwaves through the family.

The novel is told from the perspectives of the three siblings and the way it unfolds is so well done. First we follow Liv, the eldest child, and she is someone who likes to feel in control who thinks she can keep everything together so the news from her parents knocks her world off its axis. When it moves to Ellen, the middle sibling, we see an overlap of the revelation of their parents announcement and her reaction to it before we then learn more about her life. She keeps herself to herself a lot more than her brother and sister. The novel then goes back to Liv, and then to Ellen again before we hear from Hakon, the younger brother and the baby of the family.

I’ve found it so hard to get my thoughts in any kind of order to write this review because I just connected with the novel so much. I’m one of three (and we have similar age gaps between us as the siblings in this novel) so the different perspectives all had something in them that I either recognised in myself or in one of my siblings, or in how we interacted with each other. I adored that the love the members of the family all have for each other is really clear, they have their conflicts but ultimately they do all care how the others are doing. But within that you see how the things that are small to one sibling can cause another to be crumbling inside and they just don’t get how or why they are reacting in the way they are. This is so heart-wrenchingly true that I wanted to cry at these moments.

Helga Flatland’s writing has a delicate poignancy that also really gets you in the gut at times. It’s insightful and it makes you think about situations you’ve been in with your own family.  I’m the eldest child in my family and I could understand how Liv felt a lot of the time. There is a pressure on being the oldest, right from childhood you’re expected to be more grown up and to look after, and be a good example for, the younger children. It stays with you into adulthood and it does shape who you become. I did find that I identified more with Ellen, the middle child in this novel, as the story progressed though. I felt for her as she struggled silently, privately and didn’t feel she could share what she was going through with her family. I could totally see why she didn’t say anything but I was willing her to. Sometimes the people we’re meant to have the closest relationships with are the very ones that it’s so hard to open up to. Hakon’s was the section that surprised me the most. Throughout the book, through his sisters’ eyes he’s someone who doesn’t want to conform to society’s stereotypes. He doesn’t believe in monogamy or marriage. I thought I knew the kind of person he was but when I got to see his perspective it was really lovely to see who he is behind all the big statements.

A Modern Family is a stunning novel – I don’t think I’ve ever read a book that so captured what it is to be a sibling, that captured the complicated dynamics of a family so perfectly and with such brilliant insight. At times this book made me cry, and at other times I was smiling to myself as I recognised a silly misunderstanding. I haven’t stopped thinking about these characters since I finished reading the book and I already want to read it all over again. I have to commend Rosie Hedger, the translator of A Modern Family, too because this felt like a novel that had been written in English. The way she has worked with Helga Flatland’s words is wonderful. I am certain that this will be one of my books of 2019, it’s incredible! I love it so much that I’m definitely going to buy a print copy (I read it on Kindle) to have with my favourite books on my bookcase! I can’t find all the words to do justice to A Modern Family but please just take my word for how beautiful it is and add it to your summer reading stacks now!

Many thanks to Orenda Books for my copy of this book. All thoughts are my own.

A Modern Family is due out on 13 June and can be pre-ordered here. 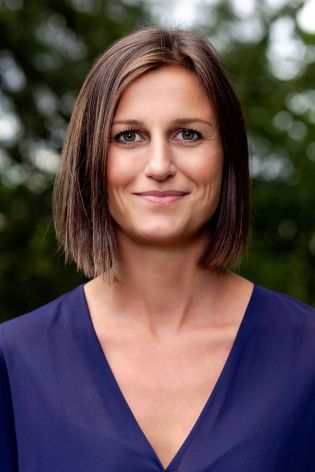 Helga Flatland ( born 16 September 1984) is a Norwegian novelist and children’s writer. She was born in Notodden and grew up in Flatdal. She made her literary debut in 2010 with the novel Bli hvis du kan. Reis hvis du må, for which she was awarded the Tarjei Vesaas’ debutantpris . The novel was the first in a trilogy, and was followed by Alle vil hjem. Ingen vil tilbake (2012) and Det finnes ingen helhet (2013). In 2015 she published the novel Vingebelastning, as well as the children’s book Eline får besøk. In 2015 Flatland was awarded the Amalie Skram Prize and Mads Wiel Nygaard’s Endowment. 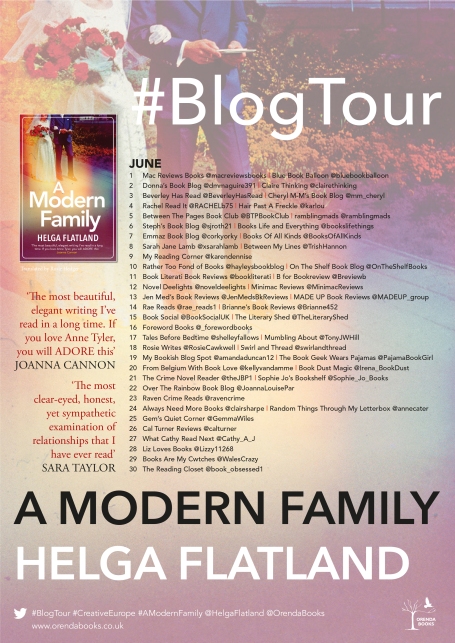