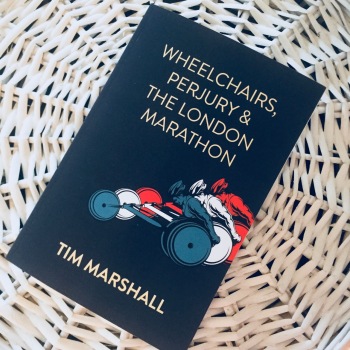 The top wheelchair athletes of today enjoy the same high-profile exposure and admiration as their able-bodied counterparts. This has come about partly through wheelchair participation in mass fun-running events such as the Great North Run.

Wheelchairs, Perjury and the London Marathon charts disability sports pioneer Tim Marshall MBE’s journey from the rock-climbing accident which left him paralysed, to becoming a trailblazer for wheelchair racing.

The fun-runs of the 1980s enabled wheelchair road-racing to flourish, and Marshall took part in marathons and half-marathons where wheelchairs were welcome to compete. This did not, however, include The London Marathon, from which wheelchairs were banned for the first two years. This is the story of how this prohibition was overturned, told from the competitor’s point of view. Tim and many others campaigned for the inclusion of wheelchairs in The London Marathon in the face of huge opposition from the organisers.

Finally, in 1983 the efforts of sportsmen and women, the press, the Greater London Council and members of parliament resulted in a breakthrough just ten days before the 1983 marathon, which at last agreed to wheelchair participation.

I was thrilled when I was offered the chance to read and review Wheelchairs, Perjury and the London Marathon for the blog tour as it’s a subject that is really close to my heart. I’m partially paralysed from a spinal cord injury in my neck and whilst the nature of my injury means I can’t self-propel in a wheelchair I’m always inspired by people who have pushed society to accept wheelchair users.

Tim Marshall suffered a spinal cord injury whilst rock climbing as a young man but he never lost his passion for life and taking part in sport. After his initial recovery period he undertook a research trip in America to look at how sports for wheelchair users was being approached and this led him to attempt to set up more opportunities for wheelchair users in the UK. This ultimately led to him pushing for there to be a wheelchair race within the London Marathon. The opposition that he faced is utterly staggering, I had to put the book down at a couple of points just in sheer shock at some of the responses he got from the event organisers.

Even though Marshall’s fight for a wheelchair race within the London Marathon is over thirty years ago now it was still shocking to read that one of the reasons for refusing him entry is because they didn’t want it to turn into a ‘multi-purpose jamboree’! I was gobsmacked reading this because the London Marathon allows fun runners in all their glorious outfits and yet it was the thought of serious athletes who happened to be wheelchair-bound that would throw the race into some kind of disrepute. I’m still reeling from this now. The organisers continued to give Marshall different reasons as to why wheelchair racers couldn’t be included each time he contacted them; all of them utterly unfounded.

The book also covers things like how wheelchair athletes came to have the more sporty wheelchairs that we’re used to seeing today as initially they were racing in their ordinary, every day chairs which were not dissimilar to the self-propelled wheelchairs you see people using today (although a lot heavier than we have now). I’d never really thoughts about how hard it would be to race in a chair like that with the wheels being straight and the high chance of your hand getting caught between your wheel and the wheel of the chair alongside you, or the lack of support for your body. I found it so interesting to read how sporting wheelchairs came to be and how the adaptations slowly came to be accepted by the racing associations.

Marshall’s passion to gain parity for disabled athletes and his determination to tell his story in the most accurate way possible really comes through in this book. I enjoyed the level of detail in the sharing of what remained of his correspondence with people relevant to his struggle, and to see how wheelchair racers were eventually accepted as part of the London Marathon.

I am so grateful for people like Tim Marshall because it is through them that society begins to shift its standpoint on how it views disabled people. Seeing the response in recent years to the paralympics, for example, and how nations have got behind their disabled athletes has been incredible. I will be watching the London Marathon this year with renewed appreciation of just how much perseverance it took to get wheelchair athletes racing alongside everyone else.

Wheelchairs, Perjury and the London Marathon is such an interesting read. It encompasses how Marshall discovered wheelchair sport, then onto how he, along with others, fought, and won, the right to race in the London Marathon. This is a fascinating, inspiring and important book. I really enjoyed reading it and it’s one I definitely recommend.

Wheelchairs, Perjury and the London Marathon is out now in paperback and ebook from here!

Tim Marshall was born in 1946 and gained an M.Sc in Statistics from the London School of Economics, working at the Organisation for Economic Co-operation and Development (OECD) in Paris before taking up a position at Birmingham University. His lectureship in the Medical School followed by his appointment as Associate Professor in Epidemiology and Public Health ended with his retirement in 2006. He has enjoyed a lifelong love of sport including wheelchair racing, skiing and sailing. 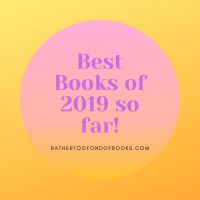