‘She throws her head back and pushes her chest forward and lets go a huge blast right into the centre of his body. The rivulets and streams of red scarring run across his chest and up around his throat. She’d put her hand on his heart and stopped him dead.’

Suddenly – tomorrow or the day after – girls find that with a flick of their fingers, they can inflict agonizing pain and even death. With this single twist, the four lives at the heart of Naomi Alderman’s extraordinary, visceral novel are utterly transformed, and we look at the world in an entirely new light. What if the power to hurt were in women’s hands?

The Power is a really interesting novel that looks at the way men and woman are viewed and treated in society. In this novel teenage girls discover they have the power to inflict pain through their hands. Society becomes scared and outraged and wants to lock the girls away to protect society but it soon becomes apparent that the girls are awakening the power in older women. Soon all women have the power.

The first half of this book feels very empowering. It’s fascinating to see women going about their lives and knowing that they won’t ever be hurt as they leave a club late at night, who know absolutely that they can protect themselves even if they walk home alone. Suddenly it’s men who are being warned not to walk home alone at night, that are being warned not to behave in a way that may provoke girls with the power.

As The Power goes on Alderman begins to rebut the notion that woman are instinctively nurturing and caring. It becomes a more uncomfortable to read, it is unsettling and at times horrifying.  I’ve seen criticism of this book from people who haven’t read it saying that making men victims doesn’t make anything any better. I completely agree with that statement but it’s absolutely not what this book is about. The Power is all about empowering women but then looking at what happens when they have all that power, and just like now, it’s not all good. The power becomes a corrupting force for some of the women, they turn power-hungry and want to be on top at all costs, which is how it is in reality – too much power is always corrupting. I couldn’t understand the motives of some of the characters, I couldn’t identify or sympathise with what some of them did and it was right that this happened. I’ll be honest and say that I was a little concerned that The Power would be a man-hating novel but it isn’t, it really does look at what happens when the people that hold the power lose it, and others gain it. It’s terrifying, but also fascinating.

The novel is framed by letters from a male scholar to Naomi asking her opinion on his latest novel, The Power, and it ends with her thoughts after she read it. The last line in this novel is brilliant, one of the best final lines I’ve read in a long time. It left me thinking for a long time after I put the book down.

This is a fascinating novel, it will really make you think and it’ll stay with you long after you’ve finished reading. I definitely recommend it.

The Power is out now!

I received a copy of this book from the publisher via NetGalley in exchange for an honest review. 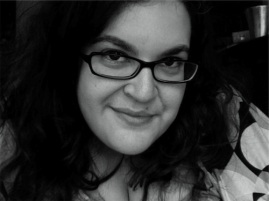 Naomi Alderman grew up in London and attended Oxford University and UEA. In 2006 she won the Orange Award for New Writers. In 2007, she was named Sunday Times Young Writer of the Year, and one of Waterstones’ 25 Writers for the Future.

Her first novel, Disobedience, was published in ten languages. Penguin published her second novel, The Lessons, in 2010 and her third novel, The Liars’ Gospel, in August 2012. Her new novel, The Power, will be published at the end of October 2016. All of her novels have been chosen for BBC Radio 4’s Book at Bedtime slot.

Her prize-winning short fiction has appeared in Prospect, on BBC Radio 4 and in a number of anthologies. In 2009 she was shortlisted for the BBC National Short Story Award.

From 2004 to 2007 Naomi was lead writer on the alternate reality game Perplex City. She’s written online games for Penguin, the BBC, and other clients. In 2011 she wrote the Doctor Who tie-in novel Borrowed Time. In 2012, she co-created the top-selling smartphone fitness game and audio adventure Zombies, Run!, which is a market leader and has been downloaded millions of times.

Naomi broadcasts regularly, has guest-presented Front Row on BBC Radio 4 and writes frequently for the Guardian. She is one of the presenters of Science Stories, a programme about the history of science on BBC Radio 4, as well as presenting many one-off documentaries.

Naomi is Professor of Creative Writing at Bath Spa University, has been mentored by Margaret Atwood as part of the Rolex Mentor and Protégé Arts Initiative, and in April 2013 she was named one of Granta’s Best of Young British Novelists in their once-a-decade list.

28 thoughts on “#BookReview: The Power by Naomi Alderman” 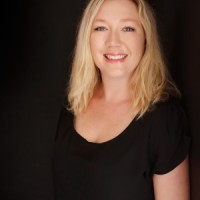 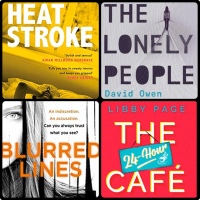