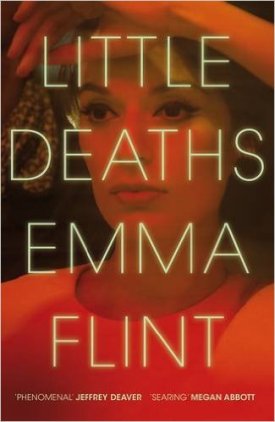 It’s 1965 in a tight-knit working-class neighborhood in Queens, New York, and Ruth Malone—a single mother who works long hours as a cocktail waitress—wakes to discover her two small children, Frankie Jr. and Cindy, have gone missing. Later that day, Cindy’s body is found in a derelict lot a half mile from her home, strangled. Ten days later, Frankie Jr.’s decomposing body is found. Immediately, all fingers point to Ruth.

As police investigate the murders, the detritus of Ruth’s life is exposed. Seen through the eyes of the cops, the empty bourbon bottles and provocative clothing which litter her apartment, the piles of letters from countless men and Ruth’s little black book of phone numbers, make her a drunk, a loose woman—and therefore a bad mother. The lead detective, a strict Catholic who believes women belong in the home, leaps to the obvious conclusion: facing divorce and a custody battle, Malone took her children’s lives.

Pete Wonicke is a rookie tabloid reporter who finagles an assignment to cover the murders. Determined to make his name in the paper, he begins digging into the case. Pete’s interest in the story develops into an obsession with Ruth, and he comes to believe there’s something more to the woman whom prosecutors, the press, and the public have painted as a promiscuous femme fatale. Did Ruth Malone violently kill her own children, is she a victim of circumstance—or is there something more sinister at play?

I was approved to read this book from NetGalley back in January and I read it soon after but life got in the way of me getting my review written in a timely manner. I’m now quite pleased about that as I’ve had time to really think about the book and I can honestly say that it has stayed with me so strongly.

Little Deaths is a claustrophobic read; it’s set in a hot summer in 1965 and the heat feels stifling as it emanates from the page. There is a sense that the heat is intensifying the way everyone behaves.

Ruth is a fascinating character; I was intrigued by her and interested in her all the way through the novel. It was shocking to see how quick everyone was to judge that she likely murdered her two children entirely based on her looks and the fact that she was a single mother, but then it seems that all women are judged harshly, and so often it’s by other women and their peers. Ruth is a very glamorous woman and she enjoys going out dancing, but her outer appearance belies how she really feels. Ruth is uncomfortable in her own skin. She has an almost fear of any kind of bodily function – she panics when she feels herself begin to perspire and her mind obsesses about people noticing. She puts on her make up in a fastidious fashion – she cannot bear to be seen without it, even on the morning she finds her children missing. Society judges that she is vain and cold, but actually her make up is her mask – she needs it on in order to face the world, in order to cope. It is so easy for society to make judgements but people are far more complex than what we can see on the outside. For me, Ruth wanting to paint her face was her way of holding herself together when her life was spiralling out of control.

The way men see Ruth throughout this novel is also really fascinating. The police seem keen to see her as a scarlet woman and therefore someone who would likely have hurt her children, believing that she would kill them because they held her back from the lifestyle she wanted to be living. Then there is Pete, the young journalist, who quickly becomes fixated with Ruth and therefore believes she must be innocent. He imprints his own beliefs about Ruth onto her and begins to believe that he knows how she’s feeling. There doesn’t seem to be a man in this novel that can see Ruth as she really is – an independent woman who is doing her best in difficult circumstances. Even her estranged husband Frank cannot, or perhaps will not, see that Ruth is actually vulnerable and fragile, and that her wanting to look nice all the time is part of her defence mechanism.

Although we, as readers, are seeing a lot of the story through Ruth’s eyes we still can’t be sure that she is innocent. She maintains that she didn’t harm her children or take them out of the apartment, and she that worries people are thinking that she did. I thought she was most likely telling the truth but I couldn’t be sure that she wasn’t suffering from a breakdown of some kind and that she believed she hadn’t done it when really she might have done.

I don’t think I’ve ever read a crime or thriller novel before that has made me tearful. As this novel went on I felt more and more sad for Ruth. There is a moment when she feels a compulsion to buy a new dress and the way she is torn to shreds in the media for that one act made me want to weep for her. It was so apparent to me that she just wanted to look nice one more time for her babies, she wasn’t aware of it seeming inappropriate, she was just compelled to do it for them, and as a way of holding herself together. This makes sense knowing what we know about Ruth but the things that were said about her afterwards made my heart break.

I actually didn’t know when I was reading this novel that it was based on a true story, so when I read this at the end of the book I was horrified all over again at what society is capable of doing to women in the way we judge. There are still so many cases, particularly when a crime is committed, where society leaps to a judgement based on how the woman looks in a way that we don’t do with men. It’s sobering to think that what happened to Ruth, or Alice Crimmins, the woman she is based on, is still happening now.

This book had me completely and utterly engrossed all the way through, I begrudged real life interrupting my reading time.

Little Deaths is a stunning literary thriller and I highly recommend it. I read this novel back in January and it has stayed with me all these months and I feel sure it will still be in my top books of the year when I come to compile that list in December.

I received a copy of Little Deaths from the publisher via NetGalley in exchange for an honest review.

Emma Flint grew up in Newcastle upon Tyne, and has been writing fiction since she knew what stories were. She graduated from the University of St. Andrews with an MA in English Language and Literature, later completing a novel-writing course at the Faber Academy. She worked in Edinburgh for four years, and now lives in north London.

Since childhood, she has been drawn to true-crime stories, developing an encyclopaedic knowledge of real-life murder cases. She is equally fascinated by notorious historical figures and by unorthodox women – past, present and fictional.

All of these themes informed and inspired Little Deaths, a heady blend of sex, murder, obsession, noir and a femme fatale. Set in 1960s suburban New York, the novel re-tells a horrifying true story with a modern feminist slant. 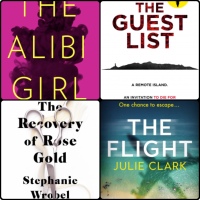