A shocking story about a fifteen-year-old girl and the man who took advantage of her.

“You might as well know from the start, I’m not going to tell on him and I don’t care how much trouble I get in. It’s not like it could get any worse than it already is. I can’t. Don’t ask me why, I just can’t.”

When Nina finds out that her fifteen-year-old daughter, Scarlett, is pregnant, her world falls apart. Because Scarlet won’t tell anyone who the father is. And Nina is scared that the answer will destroy everything. As the suspects mount – from Scarlett’s teacher to Nina’s new husband of less than a year – Nina searches for the truth: no matter what the cost.

I found this novel really drew me in and I actually read it all in one day.  If I’m to be honest I was expecting this book to be quite predictable but actually it wasn’t. Fifteen year old Scarlett has been having a relationship with an older man but when her mum finds out she refuses to say who it was with. Nina, her mum, is thrown into a tailspin and doesn’t know how to handle what has happened.

I thought it was clever that, as the reader, we don’t know who the relationship was with either. This book has multiple narrators – we mainly follow Nina, and Vicki – Scarlett’s teacher’s wife but we also get to see some of Scarlett’s thought processes interspersed throughout the novel. Immediately I suspected the teacher, but then I suspected the step-father, and briefly I even suspected Nina’s best friend’s husband. The two main men we’re led to suspect each seem to have opportunity to groom Scarlett and I couldn’t work out for a while who it most likely was.

We do get to see the life that Nina and Bryn lead as quite a newly-wed couple trying to adapt to living together with Nina’s two children. We also see a lot of Vicki and Rob, Scarlett’s teacher’s relationship and the way they seem madly in love. There are times when you’re reading that you wonder if it was neither of these men as they both seem happy and settled, but then you read the snippets from Scarlett’s viewpoint and remember that one of these men is likely a monster.

I have to say that I did feel uncomfortable that this book is centred around what is called an affair when it involved a fifteen year old. The two suspects are both in a position of power over her, and she is underage so really it’s not an affair: it’s a man taking advantage of a naive and underage girl. Scarlett does seem worldly-wise but it is very clear that she’s inexperienced and that she believes herself to be in love with the man. She believes he really wants to be with her at any cost. I can see how Scarlett views it as an affair – to her this is a relationship between equals. It’s clear that all of the adults in Scarlett’s life (barring the man who took advantage of her) are horrified at the supposed relationship so this changes the perception within the book from it being an affair to it being something much more serious.

The Affair is a novel that centres on a relationship between a man and an underage girl but it is about so much more than just that. It is just as much a look at how the female characters deal with the suspicion that the man they married, that they trust, could be cheating on them and how they have to then come to terms with the fact that the person their husband is involved with is a minor. I really appreciated all the strand to this novel, it made it a well-rounded and interesting read that throws up real moral dilemmas for the characters. This would make a great book club read as there is so much brought up in this book that would make for great discussion points.

I really enjoyed this novel – it kept me engrossed from start to finish and left me mulling it over once I’d finished reading. I’ll definitely be looking out for more of Amanda Brooke’s novels in the future.

The Affair is out now.

I received a copy of this book from the HarperCollins via NetGalley in exchange for an honest review. 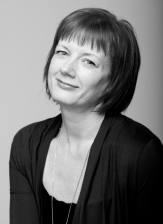 I live in Liverpool with my daughter Jessica and writing was most definitely a late discovery.  I didn’t really begin to explore creative writing until I was almost 40, at which point my young son Nathan was fighting for his life.  Poetry and keeping a journal helped me through those difficult times and the darker times to come when he died in 2006.  He was three years old.

I continued to write and in 2010 I was fortunate enough to find an agent.  Luigi Bonomi has a fantastic reputation which is truly deserved and with his help we transformed my first manuscript.  Shortly afterwards in 2011 I was offered a book deal with HarperCollins.

My first novel Yesterday’s Sun was published in January 2012. 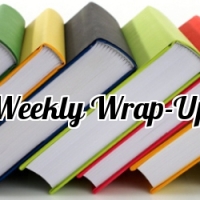