One hot August night, Rachel Power gets the call everyone fears. It’s the police. Her younger sister Evie’s had a car crash, she’s in a coma. Can Rachel fly to London right away? With Evie injured and comatose, Rachel is left to pick up the pieces of her sister’s life. But it’s hard fitting them together, especially when she really doesn’t like what she sees. Why was Evie driving when she doesn’t even own a licence? Who is the man living in her flat and claiming Evie is his girlfriend? How come she has never heard of him? The more mysteries Rachel uncovers the more she starts asking herself how well she ever really knew her sister. And then she begins to wonder if the crash was really the accident everybody says it is. Back in hospital, Evie, trapped inside an unresponsive body, is desperately trying to wake up. Because she’s got an urgent message for Rachel – a warning which could just save both their lives . . .

As soon as I read the synopsis for Sisters and Lies I was keen to read it, and it did not disappoint. Evie has been in a car crash and is in a coma; her sister Rachel is just back from an overseas book tour when she gets the call about Evie. Due to Rachel having been away for a while she isn’t fully up to speed about what has been happening in Evie’s life of late and so when she arrives at Evie’s flat, having visited her at the hospital, she doesn’t know what to make of finding a man there claiming to be her sister’s boyfriend. Immediately I was hooked because there is suspicion straight away over this man and I wanted to know more.

The novel is told alternately by Rachel, in the present day, and through Evie’s thoughts, who whilst in a coma is finding her memories are beginning to come back to her from a few months previously and she’s trying to piece together to work out what happened to her.

I felt drawn both to Rachel and Evie and really empathised with the way they behaved because they had recently lost their mother. In the face of such pain it can make siblings close off from each other if they have different ways of coping so it was entirely plausible to me that Rachel would have no idea about her sister’s life while she was off on a book tour on the other side of the world. There were some small aspects of this book that didn’t feel completely plausible but often with thrillers you do need to be prepared to suspend disbelief to a degree – all I want to get swept up in a great story when I’m reading and this book does just that!

Sisters and Lies starts off as more of a mystery novel but the tension builds so fast that by the second half I found myself racing through the pages wanting to know what was going to happen and to find out if I was trusting the right people! The red herrings along the way did cause me to doubt myself on more than one occasion about who they bad guy might be.

Sisters and Lies is a brilliant debut novel – it’s thrilling, it’s twisty and it doesn’t disappoint! I rated it a solid 4 stars and I highly recommend it. I can’t wait to see what Bernice Barrington writes next!

Sisters and Lies is due to be published on 24th March and can be pre-ordered now.

I received this book from Penguin Books via Net Galley in exchange for an honest review.

6 thoughts on “Review: Sisters and Lies by Bernice Barrington” 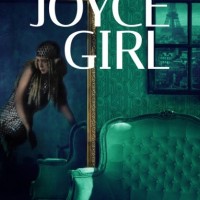