Freddie is fed up with her life, she is trying hard to make it as a journalist but has spent three years writing for free and is desperate to find a way to get paid for her work. One day while working a shift at a coffee shop she spots an old friend, Nas, in amongst a group of people. Freddie finds a way to follow Nas and ends up in the middle of an horrific murder scene. Nas covers for Freddie but she ultimately gets found out, though when the murder appears to be linked to twitter Freddie ends up being hired by the police as a social media consultant.

The killer tweets as Apollyon. He tweets coded messages and initially only follows one person despite his follower count growing at an incredible rate. The murders were gruesome and made me feel really quite sick. Freddie’s shock at each of the crime scenes, and the terror she felt each time apollyon tweeted was tangible, there were times when I felt like I was right there with her and I could hardly breathe either.

I expected this book to be terrifying, I was actually a little scared to even start reading it if I’m being completely honest. I’ve been on social media for years, I’ve shared details of my life on there so the idea of a serial killer finding their next target on twitter sounds so scary. This novel was actually more creepy than terrifying but it really does get under your skin as the tension ramps up. It was very unsettling and unnerving and it does get more scary as it goes along. It’s cleverly written because you initially think this would never happen to you because you’re careful with what you tweet and then you begin to see how Apollyon is finding his victims and it’s insidious how the fear gets to you.

None of the characters in this novel were particularly likeable but I don’t think characters have to be likeable for a book to be great; it works really well in this novel because it causes you to become suspicious of everyone. I have to admit that I did develop a soft spot for Freddie over the course of the novel; it felt like she was so brash because it was her way of protecting herself and pushing people away but as a result she was often misunderstood, which then led to her being more brash. It was a self-fulfilling prophecy.

I did guess who the murderer was before it was revealed but only a little while before, and even then I was doubting myself as there are so many red herrings and twists and turns that it’s impossible to be sure about who the killer is. I think I’d suspected just about ever person in this book by the end! I had to keep reminding myself to breath whilst reading the last few chapters, it was incredibly tense!

This is the such a good, contemporary psychological thriller and I highly recommend it. I rate this book 4 out of 5.

Follow Me is due to be published on 3rd December but can be pre-ordered now from Amazon.

I received this book from Avon via Net Galley in exchange for an honest review. 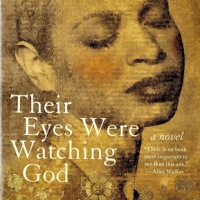 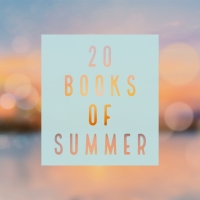 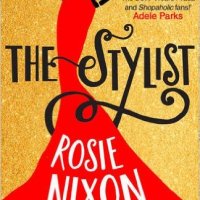